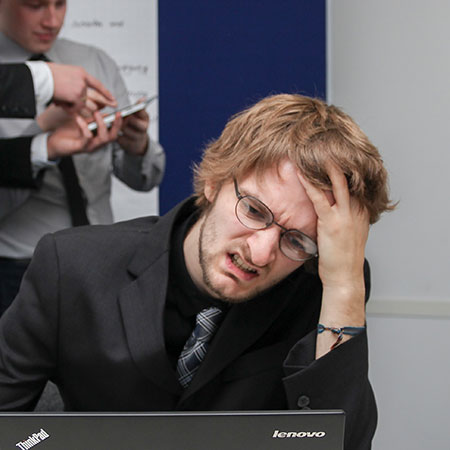 Technostress holds back digital transformation. Can growth mindset fix this?

New technologies such as the Internet of Things (IoT), Artificial Intelligence (AI), Big Data, and many others, have sparked considerable interest – from both researchers and practitioners. These technologies have implications not only for organisations but also for the society, economy, and the environment. This was further accelerated by the Covid-19 pandemic, as companies across the industry had to transform the way they operated overnight. Indeed, a McKinsey global survey of executives suggests that the COVID-19 outbreak accelerated an adoption of digitisation and automation technologies which otherwise would have taken years to implement.

While the benefits of this transformation cannot be disputed in terms of efficiency, productivity, and flexibility, the constant use of information and communications technologies (ICT) is also putting pressure on employees to learn how to use new technology, be more productive, as well as constantly accessible and available. This in turn raises concerns about the possible negative effects of this transition on users. Among others, individuals can experience technostress, that is stress associated with their inability to cope with new technology. Technostress has been shown to affect several employee outcomes including job performance, job burnout, job satisfaction, and turnover intentions.

Considering that technostress is related to the ability to cope with technology, it is pivotal to understand whether beliefs about the malleability of abilities (particularly one’s beliefs about the ability to use technology) influence the relationship between technostress and attitudes towards digital transformation in the workplace. In this sense, mindsets – or ‘implicit theories’ – are the beliefs that people have about the fixedness or malleability of their personal attributes (e.g., intelligence, ability, morality). Individuals with a growth mindset hold the belief that their skills and abilities can be developed through practice and effort. In contrast, individuals with a fixed mindset hold the belief that their qualities are set in stone and little can be done to change them.

Implicit theories provide a useful framework to understand the relationship between digital transformation and technostress. For example, individuals with a growth (vs. fixed) mindset are more likely to adapt to technological changes. Mindsets are also considered to be an important factor determining individual responses to challenges, stress, and adversity, with growth mindsets mitigating the negative impact of such life events.

Against this backdrop, we ran a pre-registered online study to test the relationship between technostress, attitudes towards digital transformation, and the moderating effects of mindsets. Approximately 200 employees (who use technology at work) participated. They completed a survey with ​​questions on implicit beliefs, technostress, and attitudes towards digital transformation, followed by demographic questions. In line with our predictions, we found that technostress negatively affected employee’s attitudes. Additionally, also as expected, we identified the moderating role of implicit mindset – among employees with a fixed mindset, higher  technostress levels corresponded to more negative attitudes towards digital transformation, whereas this relationship was weaker for employees with a growth mindset. The results remained unchanged when we controlled for demographics.

While this a work in progress, we believe that it provides preliminary insights supporting the benefits of promoting a growth mindset within companies. For example, by developing a culture that fosters a growth mindset, organisations could impact employees’ attitudes towards digital transformation. To quote Satya Nadella, CEO of Microsoft: “The learn-it-all does better than the know-it-all”.

Photo by Sebastian Herrmann on Unsplash