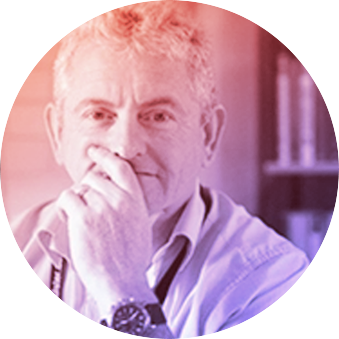 This is the first of a series of profiles on members of the DIGIT Lab Team. Within each profile we will provide an overview of the DIGIT Lab Team member and their recent work. The focus of this profile is Gerard Parr. Gerard Parr’s recent work has included publication in Nature Food and the IEEE Journal of Selected Topics in Signal Processing. Links to these recent publications have been provided in the ‘Recent publications’ section below.

Additionally Gerard Parr has written the following overview of his career and educational background; from his current role as Head of the School of Computing Sciences at the University of East Anglia (UEA), to his work during the pandemic to help establish the secure client-server and web-booking systems for the Norwich Covid Testing Initiative, that has served approximately 18,000 tests to date on campus.

An overview of Gerard Parr:

Gerard Parr holds the Full Chair in Telecommunications Engineering and is Head of School of Computing Sciences at the University of East Anglia (UEA). He holds a PhD in Self-Stabilising Protocols from Ulster University, aspects of which were completed with UCL and one of the founding Fathers of the Internet (Professor Jon Postel) as a Visiting Research Scientist at the DARPA/University of Southern California Information Sciences Institute in Marina Del Rey, Los Angeles.

Within his academic career, areas of research include Wireless Sensor Clouds, Disaster Response Communications, Big Data event management, ICT for the Rural Economy, delay-sensitive protocols, and energy-aware autonomic networking and IoT-edge computing. He has attracted several £millions of external research and commercial funding and has advised governments on the allocation of funding to large-scale projects valued in total at approximately £3 billion. His industrial collaborations have included companies BT, Intel, Siemens, InfoSys, Wipro, and SAP.

He was previously appointed as a Visiting Professor to the Science Foundation Ireland/CTVR at Trinity College Dublin and to the Emirates-BT Innovation Centre (EBTIC) at Khalifa University in Abu Dhabi- UAE. Parr was previously an invited Member of the EPSRC ICT Strategic Advisory Team. He was International Scientific Advisor to the UK EPSRC National Centre for Doctoral Training in Communications Engineering at the University of Bristol.

He was appointed as Senior Guest Editor for prestigious IEEE Journal on Selected Areas of Communications (JSAC) for a Special Issue on Communications Challenges and Dynamics in UAVs. He has extensive experience of working with developing economies, in particular, India, where he is the UK Academic co-ordinator for the major EPSRC-DST India-UK Advanced Technology Centre in Next Generation Networks Systems and Services which was the largest collaboration of its kind between UK and India in the ICT sector attracting total investment of over £20 million and also helped establish a Virtual Graduate Research School for 67 PhD students.

Parr attracted a further EPSRC Digital Economy Theme project as Co-I totalling £1.8million for an “IT as a Utility” Network+. More recently he was successful in attracting $3million funding in the first US-Ireland R&D Programme with National Science Foundation (NSF) for Next Generation Photonics for Massive Data Analytics and Cloud Computing. At UEA, Gerard was a Co-I on the UK EPSRC CommNet2 Network which support the entire UK EE/CS Community (ECRs and established researchers in ICT). As Co-PI he also attracted a £1.4m EPSRC Grant for a Digital Economy Network+ in “The Internet of Food Things” with partners in Lincoln, Exeter, Southampton and the Open University.

He was also an invited member of the Advisory Group to NERC for their Digital Environment Framework for Capital. In addition he recently attracted a grant for £148K with Dr Wenjia Wang as Co-PI from the Rail Safety and Standards Board to collaborate with Greater Anglia and Network Rail on the Application of AI and Intelligent Systems for Predicting and Preventing Train Delays. Presently Professor Parr is working on the development of the East of England Smart Emerging Technologies Institute- SETI (one of the recommendations from the UK BEIS Science Innovation Audit) with colleagues from Essex, Cambridge, UEA and BT Adastral. SETI will look at innovations in 5G, IoT, AI-Big Data/Cloud Computing and Testbeds across a number of sectors, including Energy, Intelligent Manufacturing, AgriTech and Smart-Farming. Gerard was awarded an MBE in Queens New Year Honours for 2018 for contributions to Telecommunications Infrastructure in Northern Ireland.

During January 2020 Prof Parr was elected to the Strategic Advisory Committee for the UK Government UK Research and Innovation – Engineering and Physical Sciences Research Council (EPSRC) ICT Programme to assist with strategic developments and identification of funding priorities. During the pandemic Gerard helped establish the secure client-server and web-booking systems for the Norwich Covid Testing Initiative that has served approx. 18,000 tests to date on campus.

Most recently Gerard has been  successful in attracting Co-I funding for a 5-year EPSRC Next Stage Digital Economy Hub called DIGIT (Digital-Innovation-Growth-Impact-Transformation) valued over £12 million which will explore methodologies and business impact of  Digital Transformation in Large Organisations.